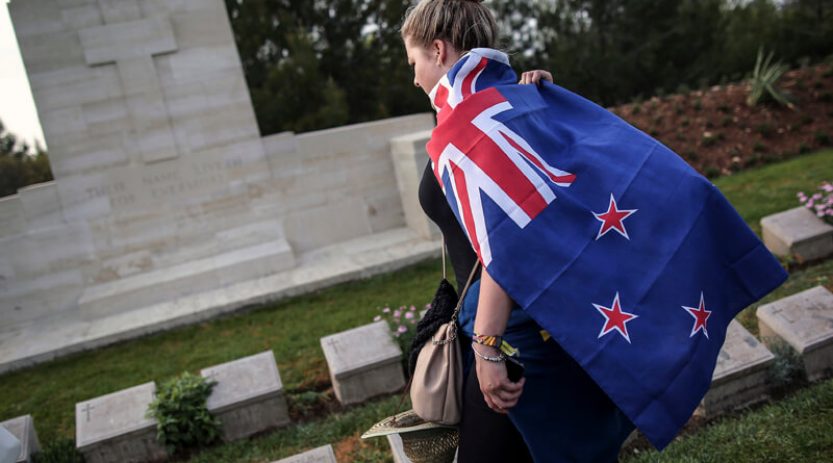 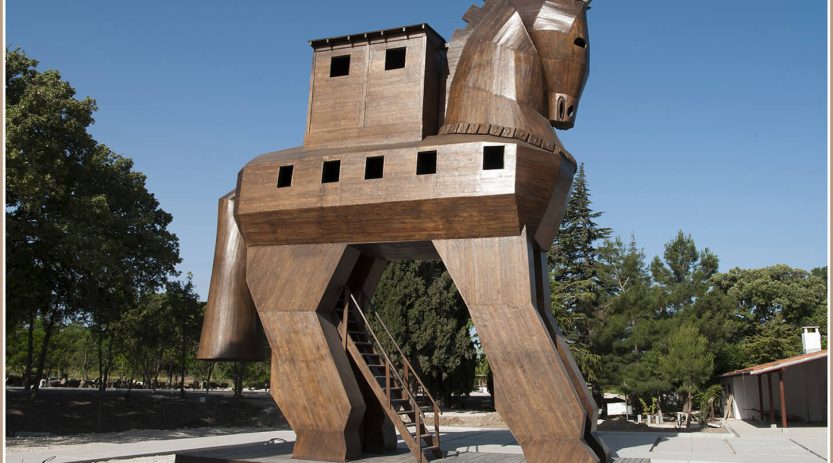 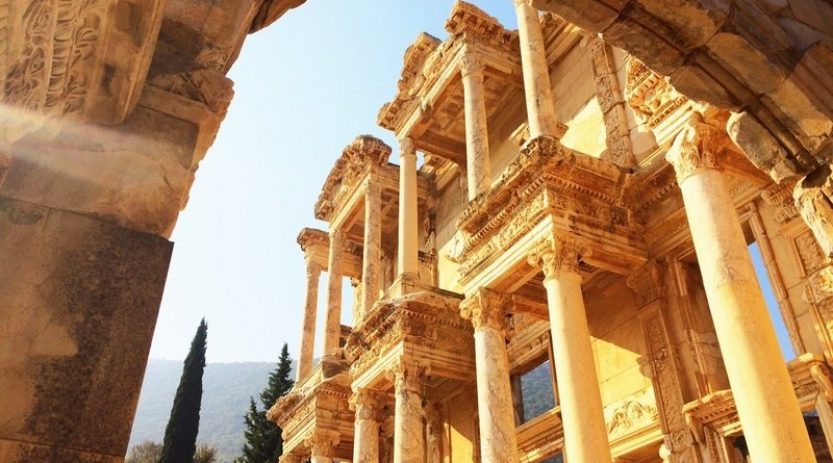 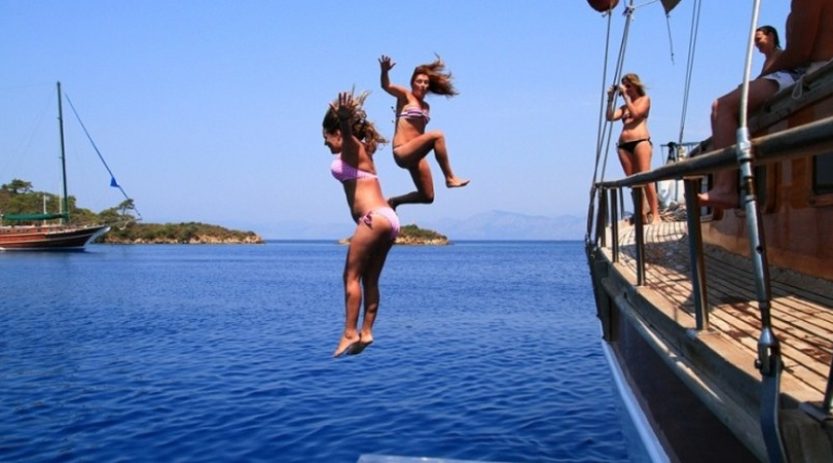 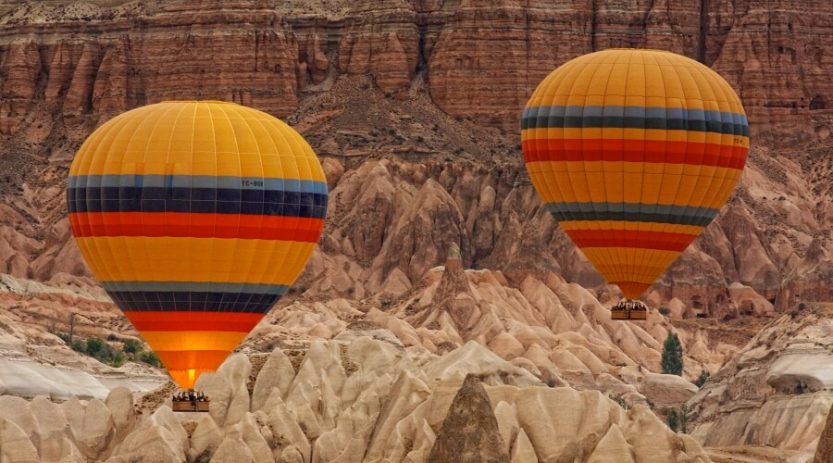 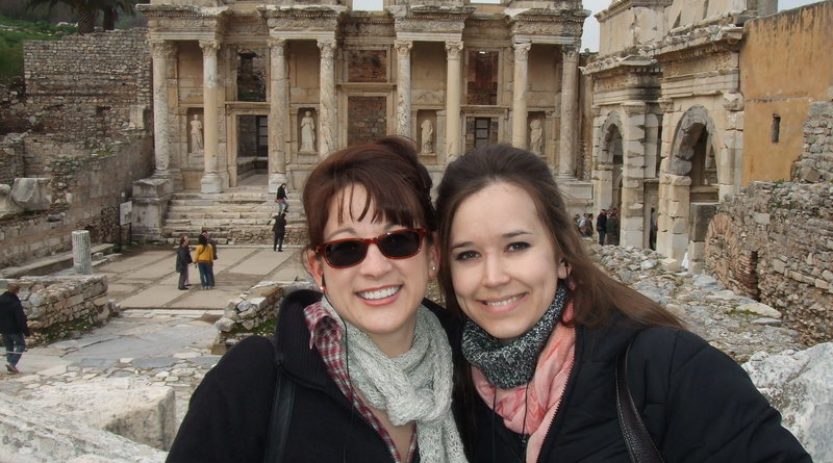 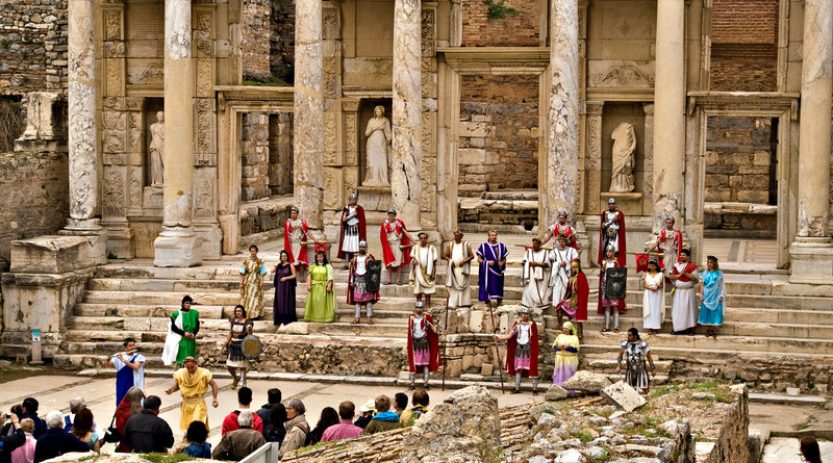 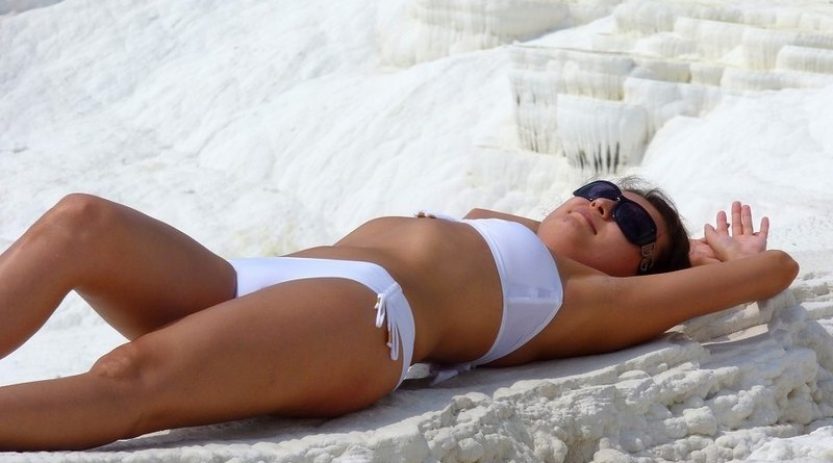 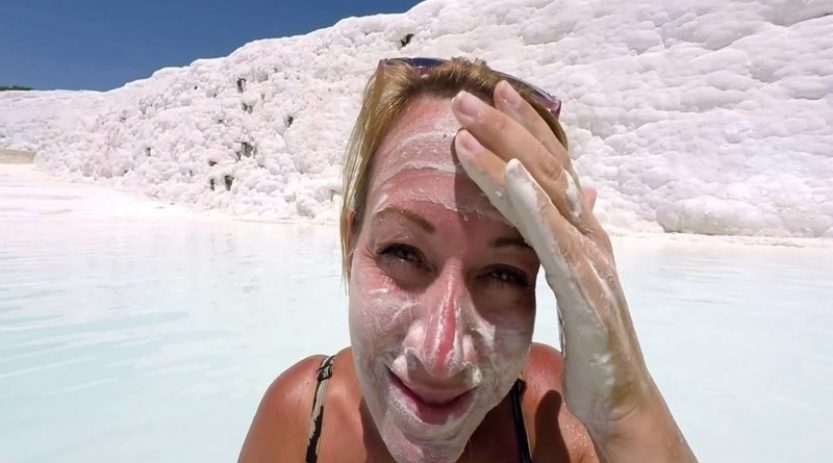 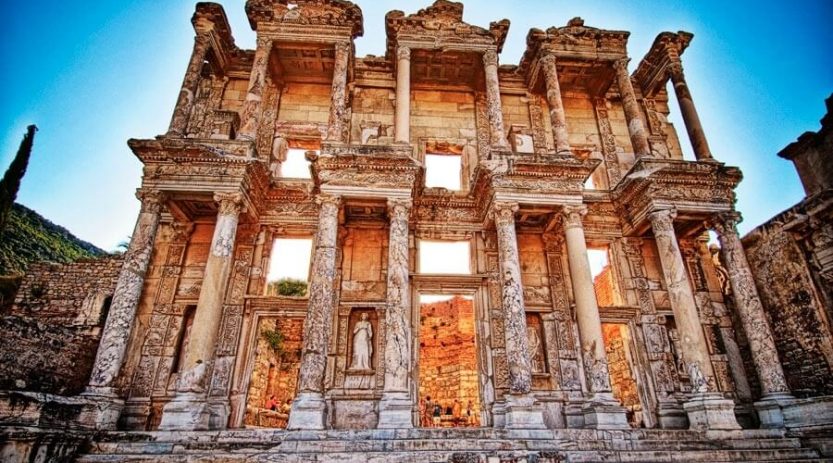 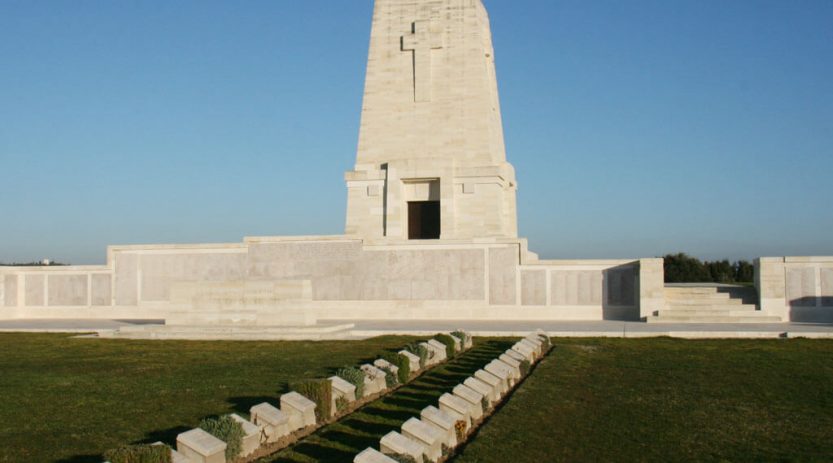 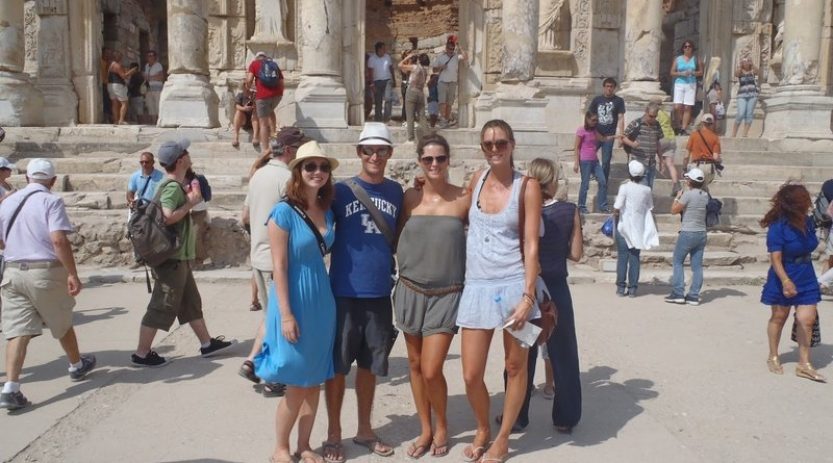 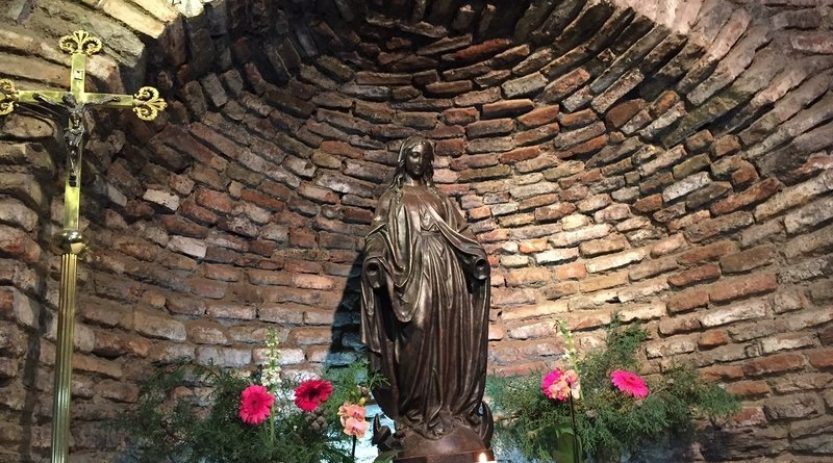 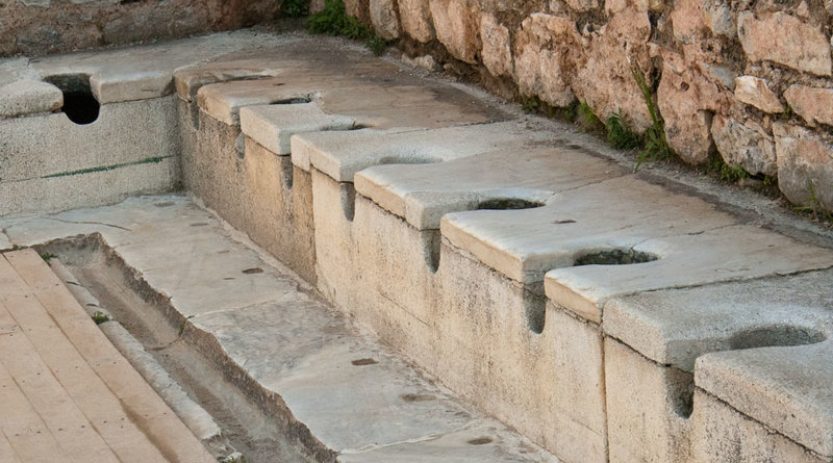 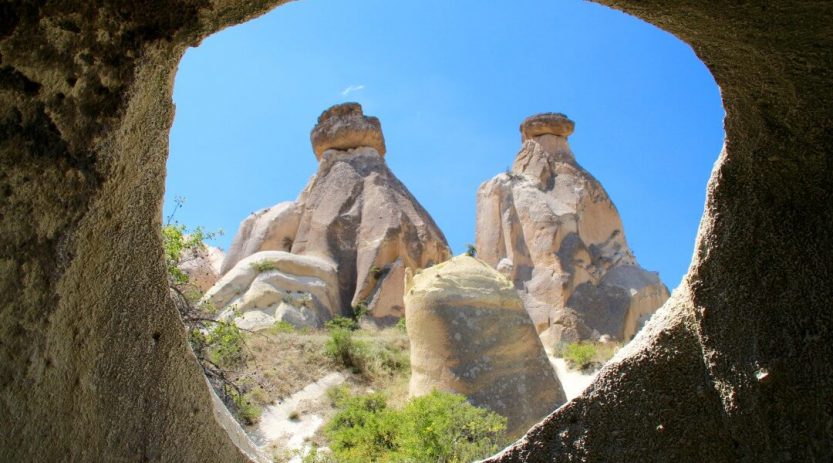 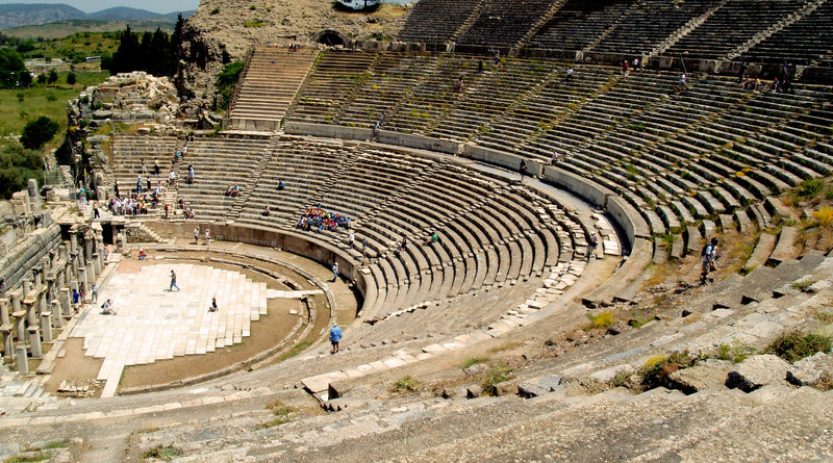 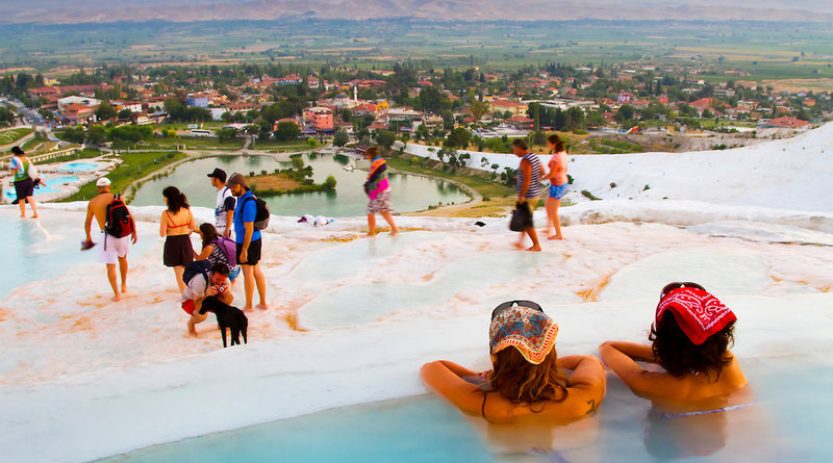 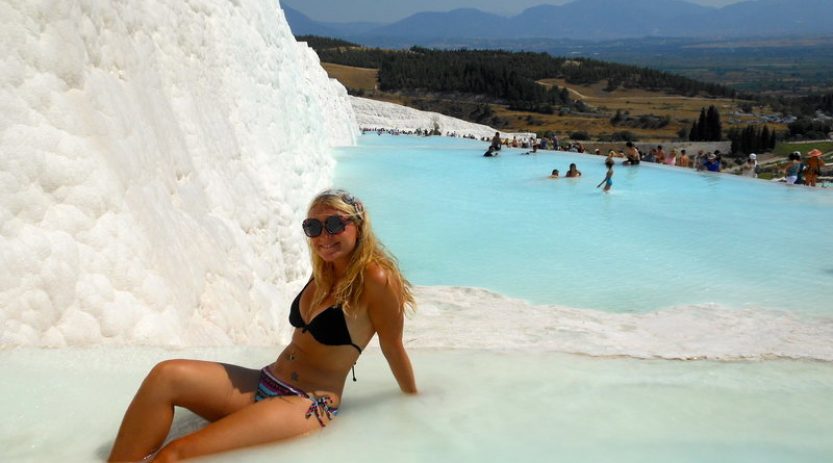 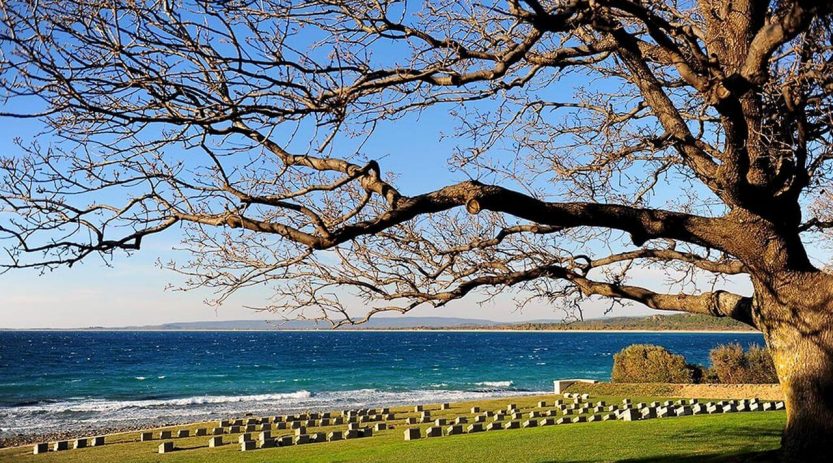 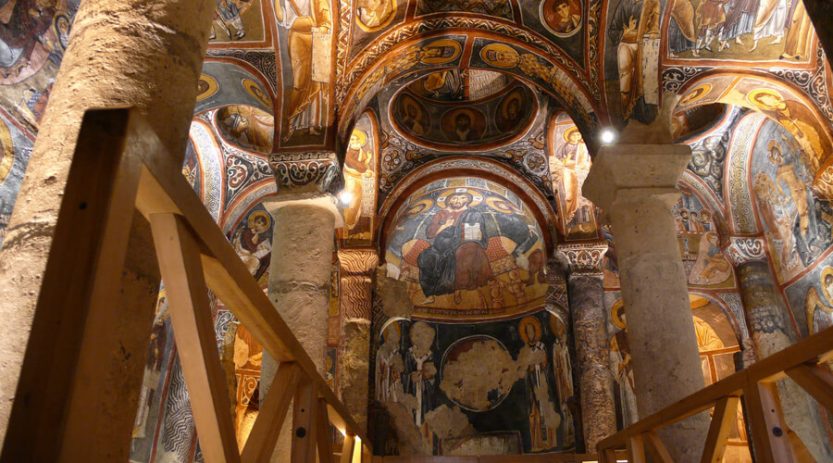 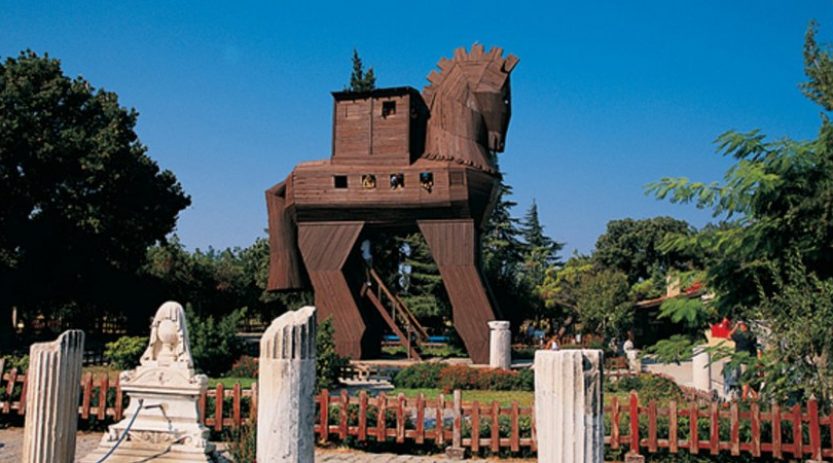 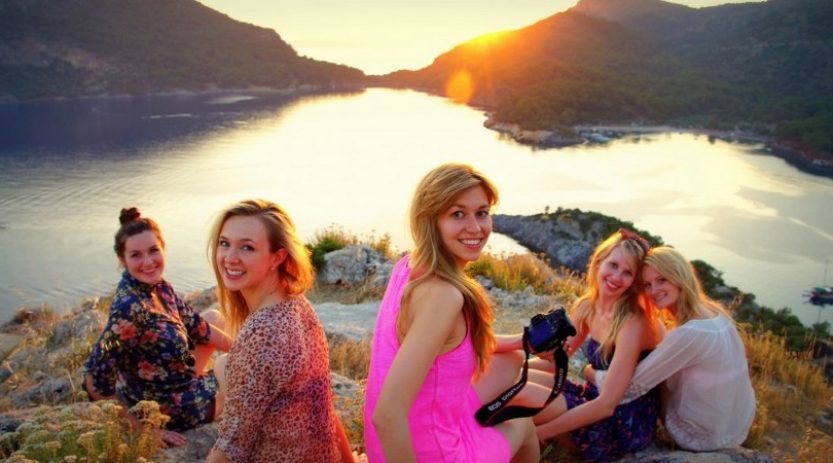 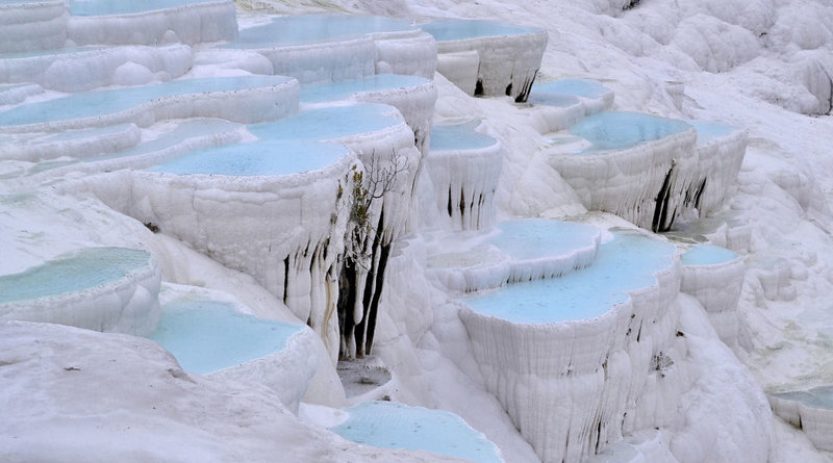 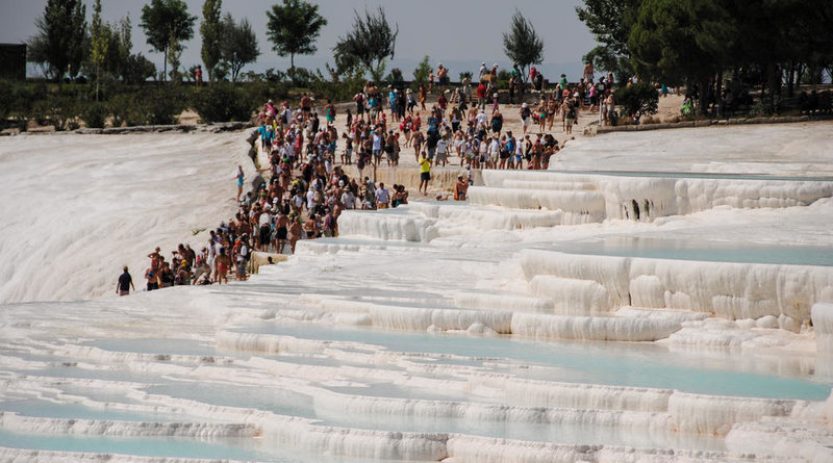 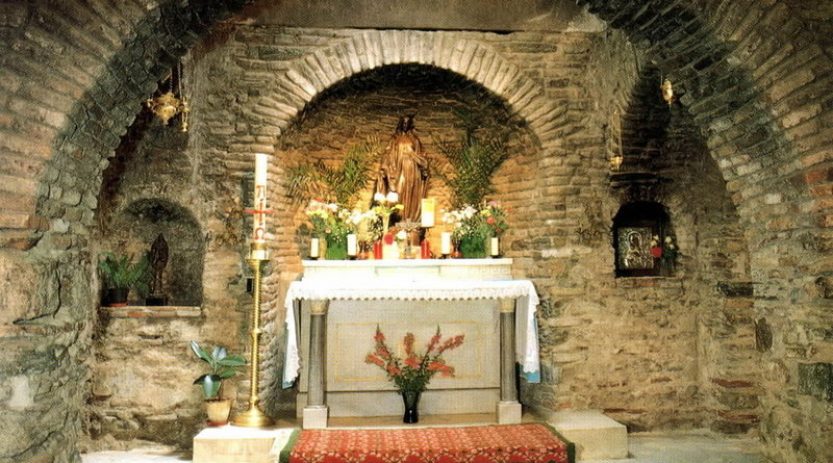 13 Days Explore Mystic Turkey Tour Package Itinerary
Day 1: Drive From Istanbul to Eceabat & Gallipoli Tour
Meal: Breakfast, Lunch
06:30 – 06:45 am – Pick up right from your hotel or hostel and we drive to the World War 1 Battlefields of Gallipoli.
(Hotel pick up time is changing to according the towns. Please inform us your hotel details on your request)
We will stop on the way for the breakfast break round Tekirdag and Kesan.
11:45 Arrive at lunch stop in Eceabat in Gallipoli peninsula.
After our lunch, we will continue Gallipoli Guided Tour

Day 2: Troy Ancient City Tour & Drive to Ephesus
Meal: Breakfast
Breakfast and Check out from the hotel in Canakkale. Drive to Troy Ancient City from Canakkale center.
Troy Day Tour program
A replica of the wooden horse that you can climb into for a photo.
The fortification walls of Troy Vl with its tower and gateway entrance.
Excavation information center which holds exhibits from the work underway.
Temple of Athena – the focal point of a great annual festival in honor of the goddess Athena.
The entrance ramp to Troy ll.
Schliemann’s trench – the discoverer of Troy
The odeon – intended for the presentation of musical performances.
The sanctuary – an important religious center of its time.
Current excavations in progress.
Troy Tour ends. Continue Bus transportation to Selcuk/Kusadasi (Ephesus) via Izmir. Upon arrival & check into the hotel. Overnight in Selcuk or Kusadasi.

Day 3: Ephesus Ancient City & House of Virgin Mary Tour
Meal: Breakfast, Lunch
After our breakfast, We depart right from the hotel to Ephesus Ancient City to visit Ephesus Library; According to recent excavations, the site was occupied as early as the late Neolithic period and developed through the Bronze and Iron Ages. Temple of Artemis; The temple of Artemision is known as one of the Seven Wonders of the Ancient world. It has been built in the areas of Ephesus on a flat area which has over the centuries turned into a swamp. Virgin Mary House; It is the place where Mary may have spent her last days. Indeed, she may have come in the area together with Saint John. Isabey Mosque is one of the most delicate examples of Seljukian architecture, situated below the basilica of Saint John. The mosque was built by the master Syrian architecture Ali son of Mushimish al-Damishqi, between the years of 1374 and 1375. At the end of the tour, transfer you back to the hotel. Overnight in Selcuk or Kusadasi.

Day 4: Ancient Cities of Priene – Miletus and Didyma Tour
Meal: Breakfast, Lunch
Breakfast at hotel in the morning. Drive to Priene Ancient City. Priene Ancient City, Priene lies in Güllübahce at a distance of 15 kilometers (9 miles) from Soke town nearby Kusadasi town, in the Aegean region of Turkey. The city was founded in the 2nd millennium BC. Didyma Ancient City, Didyma (nearby Didim, in the Aegean region of Turkey) was a cult center for the city of Miletus. In ancient times, these two cities were connected to each other by a sacred road that had statues located on either side of it. German archaeologists excavating at the site have shown that the earliest sanctuary here was built in the 8th century BC. Miletus Ancient City, Miletus is located in the vicinity of Söke town, nearby Kusadasi, in the Aegean region of Turkey). The city was built on the seashore in the ancient times. The Miletus people who had founded about 90 colonies in the Mediterranean and the Black Sea regions. Overnight in Selcuk or Kusadasi.

Day 5: Pamukkale Calcium Terraces & Hierapolis Ancient City Tour – Drive to Fethiye
Meal: Breakfast, Lunch
Breakfast and Check out from the hotel. We depart from the hotel to Pamukkale town and Hierapolis Ancient City to discover, Pamukkale (the natural beauty of Turkey) called Cotton-Castle. We start to visit Hierapolis Ancient City, the Necropolis (cemetery) of Hierapolis which is one of the biggest ancient cemetery in Anatolia with 1.200 graves, Domitian Gate, the Main Street, Roman Bath, Byzantine Gate. The city was on the borders of Caria, Lycia, nd Phrygia and had a mixed population. Citizens were usually involved in the wool industry. Calcium Terraces, The terraces were formed by running warm spring water, at a temperature of 35 °C / 102 °F containing calcium bicarbonate. When the water loses its carbon dioxide it leaves limestone deposits. These are of different colors and shapes in the form of terraces with pools Pamukkale old Swimming Spring Pool, If you like to swim in The old Ancient Pool which is also called Cleopatra’s Pool they charge an extra entrance fee.
After visiting, you will have time to spend in spring pools and continue bus transportation to Fethiye on the Mediterrian Coastline. Upon arrival and check into the hotel in Fethiye. Overnight at hotel in Fethiye.

Day 6: Daily Boat Tour in Fethiye
Meal: Breakfast, Lunch
We will have breakfast at the hotel. Pick up right from the hotel and transfer to harbor. Embark on the boat and we start to the lovely Fethiye boat cruise to the bays. We will have time to see the nice bays and swim today. At the end of the boat trip, return back to Fethiye harbor and disembark from the boat. Return back to the hotel. Overnight in Fethiye.

Day 7: Leisure Day in Fethiye
Meal: Breakfast
Breakfast at the hotel. You will have a free day to explore Fethiye today. Overnight at hotel in Fethiye.
** If you like that you can join to Jeep Safari, Paragliding, or Dalyan Iztuzu day trips today with the extra payment.

Day 8: Drive From Fethiye to Antalya
Meal: Breakfast
Breakfast and check out from the hotel in Fethiye. Today we are going to famous Antalya city by bus transportation. The bus journey takes 4 hours from Fethiye. Arrival to Antalya and check into the hotel. Rest of the day. Overnight in Antalya.

Day 9: Antalya Ancient Cities Tour
Meal: Breakfast, Lunch
After breakfast at the hotel, we departure right from your hotel to Perge, Side, and Aspendos. One of the largest ancient cities in the Pamphylia region. Perge was the capital city of Pamphylia. The Roman Bath, the Agora, Colonnaded street, Nymphaion and the Stadium will be visited and after lunch, we visit Manavgat waterfall and the Roman Era such as Theatre, Roman Bath, and Apollo’s Temple on the Side. After the day tour, return transfer back to the hotel. Overnight in Antalya.

Day 10: Antalya – Cappadocia
Meal: Breakfast
Breakfast and Check out from the hotel. You will have a free day in Antalya for to relax and feel as a local person in the city.
** If you like that you can join to visit the old city of Antalya Kaleici town, jeep safari, Antalya boat trip with the extra payment. Or you can enjoy the sandy beaches of Antalya.
End of the day, we use overnight bus transportation from Antalya to Cappadocia. Bus duration takes 10 hours.

Day 11: Leisure Day in Cappadocia
Meal: No Meal
Upon arrival in the morning to Cappadocia. Check into the hotel. Rest of the day. You can visit your hotel town as a local people on your own. There are many different towns in Cappadocia and you will visit rest of them with the local tour guide. Overnight in Cappadocia.

– If you like to swim in The Ancient Pool which is also called Cleopatra Thermal Pool they charge extra entrance fee
– Comfortable shoes, a hat, and plenty of sunscreens are recommended as shade is limited the order of the tour itinerary may vary in order to avoid congestion.
– Guests should watch their step at all times in order to avoid injuries.
– It is not recommended to visit underground cities for the guests who have asthma and claustrophobia.
– If you like to use flight from Antalya to Cappadocia, please inform us with your first request.

– If you like to swim in The Ancient Pool which is also called Cleopatra Thermal Pool they charge extra entrance fee
– Comfortable shoes, a hat, and plenty of sunscreens are recommended as shade is limited the order of the tour itinerary may vary in order to avoid congestion.
– Guests should watch their step at all times in order to avoid injuries.
– It is not recommended to visit underground cities for the guests who have asthma and claustrophobia.
– If you like to use flight from Antalya to Cappadocia, please inform us with your first request. 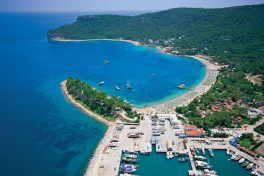